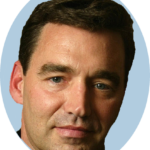 The cosmic Harley sold for $3 Million after a Dupont Registry Publication.

THE MOTORCYCLE HAS BEEN STORED IN A CLIMATE CONTROLLED VAULT, AND IS IN PRISTINE CONDITION

The Cosmic Harley is a Harley V Rod.

The Harley Davidson name comes from the founding three brothers, William, Arthur and Walter Davidson with their lifelong friend, William Harley.  Together they built the first motorised cycle in 1901.

Nobody in the world has ever attempted to paint a motorbike

It has appeared in every country in the world apart from North Korea.

It took 30 years of experimentation to perfect this process

On the launch night the Harley was brought down from the sky surrounded by $100,000 in lights.

The idea was conceived by Robert Star of Starglobal International, himself a Harley Enthusiast.

Jack Armstrong agreed to paint the Harley because of his own relationship with motorcycles in particularly Harley Davidson.

Jack Armstrong rode his first Harley in Chicago outside the Drake Hotel and was hooked.